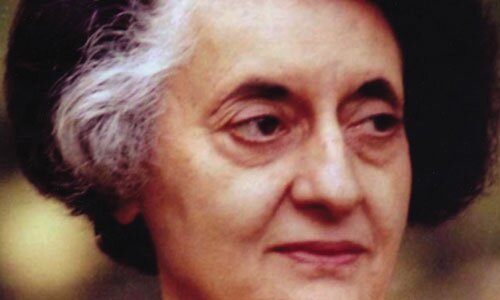 My grandfather once told me that there were two kinds of people: those who do the work and those who take the credit. He told me to try to be in the first group; there was much less competition.
― Indira Gandhi

Indira Gandhi, Indias third and only woman prime minister, who weathered many storms in her political and private  life, is  a symbol of woman power and  courage.  Considered one of the great leaders of the world, she  is  a role model for Indian women

Just a mention of her name is still awe-inspiring even for her hardcore political rivals. Born on November 19, 1917 in Allahabad to an illustrious father, this illustrious daughter of India was actively involved in the Indian independence struggle from a young age of 12. A highly intelligent girl, she studied in Swiss schools and at Oxford.

After her mother Kamala Nehrus death in 1936, she was completely under the tutelage  of her father Jawaharlal Nehru, imbibing lessons  from him on world history and handling complex diplomatic  issues, which helped  shape  her up as one of the great leaders of the world. She was also the first woman president of the Indian National Congress in Independent India. 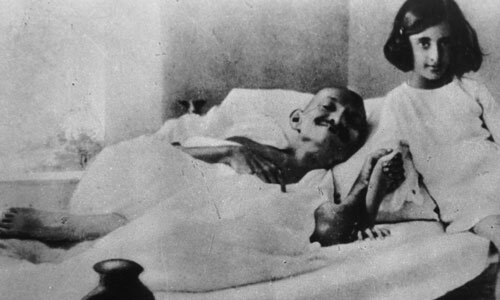 She joined the central cabinet of Lal Bahadur Shastri who became Prime Minister following the death of her father. When Shastri died abruptilly during a summit in Tashkent, Indira Gandhi was the natural choice to succeed him as prime minister, purely because of her leadership qualities.

She was the second-longest-serving Prime Minister serving  the country from 1966 to 1977 and from 1980 until her assassination in 1984.

An extraordinary leader of courage, she made many  bold decisions during her prime ministership which laid out a strong path towards the countrys progress, enabling successive governments ride smooth taking  the country forward. Her powerful presence  with strong convictions at international forums  discussing world affairs   made her  opponents awestruck.

However, it was not an easy sailing for her  as  prime minister. Before her were a hungry and unemployed millions. Her Gareebi Hatao project to alleviate  poverty earned her praise even from her political rivals.

Her initiative made a significant decrease in the rate of poverty from 65 per cent  to 45 per cent and also made a 30 per cent increase in literacy. The country made tremendous progress in agriculture, education and employment. There is no doubt, the advances the country made today in different sectors are the results of her vision and strategy.

Her major accomplishments include the nationalisation of 14 leading banks making them accessible to common people. The decision literally revolutionised the business and economic sector.

In 1971, when Pakistan unleashed terror on the people of East Pakistan, which made an estimated 10 million people flee to India, she intervened and in the ensuing India- Pakistan war, she led the country to victory. It also resulted in the creation of an independent Bangladesh.

But there was one area where  she  could not succeed - in containing corruption spreading fast across the country. She was deeply worried about that. 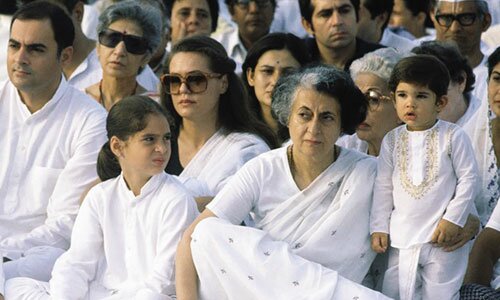 In 1975, the country erupted in protests, calling for her resignation  after the Allahabad High Court found her guilty in an election related issue. She declared a state of Emergency in the country when she found things were growing beyond her control. Her so-called supporters in the states and at the center misused the extraordinary power came into their hands unexpectedly. They made life hellish for many. Emergency was really a black mark on Indian democracy, which she regretted later. She withdrew the state of Emergency in 1977 and called for a general election. She and her party failed miserably.

The Janata Party, a new party formed by parties of different ideologies, won the election and  formed a new government at the centre which unfortunately could not deliver, because of intra-party squabbles.

Mrs Gandhi came back to power in 1980 with a thumbing majority in the elections followed.

In June 1984,  she ordered the army to clear out Sikh extremists holed up in the Golden Temple, the foremost holy place of the Sikh community, after finding the separatists posed great threat to the  unity of the country. She won the war against the extremists but had to pay for it with her  own life later. She was assassinated by her Sikh bodyguards on October 31st 1984.

Despite all her failures, Indira Gandhi is still  regarded as the most loved woman leader who loved her country and the people.   She still remains as  a role model to the Indian women, even after over three  decades of her death. She sacrificed her life for her country as she said in her last speech in Bhuvaneswar, a day before her assassination:

I do not care whether I live or die. I have lived a long life and I am proud that. I spent the whole of my life in the service of my people. I am only proud of this and nothing else. I shall continue to serve until my last breath and when I die, I can say, that every drop of my blood will invigorate India and strengthen it.
Widget is loading comments...
▴sponsored advert▴