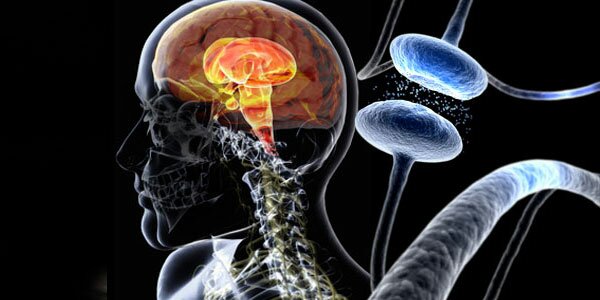 Fifteen per cent of those between the ages of 60 and 74 have been diagnosed with Parkinsonsdisease. Between the ages of 75 and 84, the percentage rises to almost 30. The onset of the disease is generally around the age of 58.  Symptoms usually begin in the upper extremities, and are usually unilateral (one-sided) or asymmetrical at the onset. It appears to affect whites more than African Americans or Asians. An estimated four percent of people with PD are diagnosed before the age of 50. Men are one and a half times more likely to have Parkinson's than women.

In an interview with Future Medicine, Dr Karen E Anderson, Clinical Associate Professor of Psychiatry and Neurology at Maryland Parkinsons Disease and Movement Disorders Center, US,talks about  the symptoms and causes of Parkinsons disease

Parkinson's disease (PD) is a progressive neurological disorder that affects movement, muscle control, and balance of the body. Parkinson's disease is a group of conditions called motor system disorders, which are associated with the loss of dopamine-producing brain cells. These dopamine-associated motor disorders are referred as Parkinsonism. Movement problems are the main symptoms of Parkinsons which include tremor or trembling of arms, jaw, and head and impaired balance and coordination. Symptoms often start with tremor which may occur in the following ways:

Tremors may first be only occasional, starting in one finger. It is often rhythmic, four to five cycles per second, and frequently causes an action of the thumb and fingers known as pill rolling. It may occur when the limb is at rest or when it is held up in a stiff unsupported position. They usually disappear briefly during movement and do not occur during sleep.Tremors can also eventually occur in the head, lips, tongue, and feet. Symptoms can occur on one or both sides of the body.About a quarter of patients with Parkinson's do not develop tremor.

Motion and motor impairment: A number of PD symptoms involve motor impairment caused by the abnormalities in the brain. Slowness of motion, particularly when initiating any movement (A condition called Akinesia or Bradykinesia), is one of the classic symptoms of Parkinson's disease.

Patients may eventually develop a stooped posture and a slow, shuffling walk. The gait can be erratic and unsteady. After a number of years, muscles may freeze up or stall, usually when a patient is making a turn or passing through narrow spaces, such as a doorway. Patient's posture can be unstable and there is an increased risk for falls. The ability to swallow, digest and eliminate may slow down, causing eating problems and constipation. Muscles may become rigid. This symptom often begins in the legs and neck. Muscle rigidity in the face can produce a mask-like, staring appearance. Motor abnormalities that limit action in the hand may develop in late stages. Handwriting, for instance, often becomes small.

Depression and anxiety are common in patients. Dementia or confusion can develop in the later stages of Parkinson's disease. Some patients experience a decreased sense of smell.

How the disease occurs?

Parkinson's disease occurs due to the following process in the brain:

PD develops as cells are destroyed in certain parts of the brain stem, particularly the crescent-shaped cell mass known as the substantianigra. Nerve cells in the substantianigra send out fibers to tissue located in both sides of the brain. There the cells release essential neurotransmitters that help control movement and coordination.Nerve cells in the substantianigra (It is a brain structure that located in the mesencephalon (midbrain) that plays an important role in reward, addiction, and movement) send out fibers to the corpus stratia, gray and white bands of tissue located in both sides of the brain.There the cells release dopamine, an essential neurotransmitter (A chemical messenger in the brain). Loss of dopamine in the corpus stratia is the primary defect in Parkinson's disease.

Dopamine deficiency is the main feature in PD. It is one of three major neurotransmitters known as catecholamines which help the body respond to stress and prepare it for the fight-or-flight response. Loss of dopamine negatively affects the nerves and muscles controlling movement and coordination, resulting in the major symptoms characteristic of Parkinson's disease. Dopamine also appears to be important for efficient information processing, and deficiencies may also be responsible for problems in memory and concentration that occur in many patients.

What are the causes of Parkinsons disease?