Blood test for many cancer types 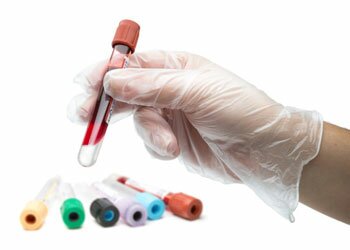 Blood test for many cancer types

Scientists have identified more than 800 markers in the blood of cancer patients that could help lead to a single blood test for early detection of many types of cancer in future, according to researchers at the National Cancer Research Institute (NCRI) Cancer Conference in Liverpool. This study, by the UK Early Cancer Detection Consortium, funded by Cancer Research UK said the aim of this research is to develop a screening test from a single blood sample for multiple cancer types. All cancers produce markers in the blood, so it could be feasible to develop a general screening test for many different forms of the disease.

This study could open the way for less invasive, new screening tests that could detect more cancers, possibly including some rare types, at an early stage when they are more likely to be treatable.

Study author Professor Ian Cree, a Cancer Research UK funded scientist at the University of Warwick and University Hospital in Coventry, said: "This is a new approach to early detection and the first time such a systematic review has been done. A single blood-based screening test would be a game changer for early detection of cancer which could help make it a curable disease for many more patients. We believe that we've identified all the relevant biomarkers; the next step is working out which ones work the best for spotting cancers."