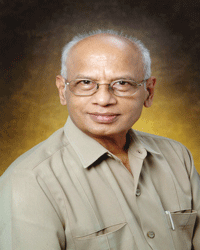 Tell us about your experiences in cardiology.?

Can you tell us how can one maintain a healthy heart?

The preventive steps are well-known. They include regular physical activity, healthy food with plenty of green vegetables and fruits with fats contributing no more than 30 per cent of the total calorie intake, keeping ones weight to a level prescribed in life tables, avoidance of smoking and excess alcohol, and not taking oneself too seriously  which is a time-tested way to avoid stress.

What are your memorable experiences?

During my 20-year stint at Sree Chitra Tirunal Institute for Medical Sciences and Technology, I could combine cardiac surgery, research in cardiac pathology, and technology development in a seamless manner.

Do you think lifestyle changes can weaken the heart?

Yes. Many trends in our contemporary lifestyle - smoking, lack of physical activity, overeating and obesity, frantic activity resulting in constant mental tension  all these would predispose an individual to cardiac ailments.

So, what are the remedies?

A healthy mind guiding a healthy lifestyle is the best recipe for cardiac health. South Asians are known to have a genetic predisposition to develop metabolic syndrome, which includes coronary atherosclerosis. We can do nothing to escape our genetic predisposition. But we can do a lot to prevent the predisposition from expressing as coronary artery sclerosis and disease by following a healthy lifestyle. Of course, we have good facilities in India for balloon angioplasty, coronary artery bypass etc, but dont forget that they are done when coronary disease has advanced to the stage of blockage. Why not try prevention by switching to an appropriate lifestyle?

Dr Marthanda Varma Sankaran Valiathan is a renowned cardiac surgeon and a Fellow of the Royal College of Surgeons. Born on May 24, 1934, in Mavelikkara in Alleppey district of Kerala, Dr Valiathan graduated in medicine from Kerala University in 1956 and underwent post-graduate training in surgery in the United Kingdom before earning the Fellowship of the Royal Colleges of Surgeons of Edinburgh and England in 1960. He also did his Masters in Surgery from Liverpool University. He specialised in cardiac surgery at Johns Hopkins, George Washington, and Georgetown University Hospitals in the US and became a Fellow of the Royal College of Physicians and Surgeons, Canada. He served on the faculty of Georgetown University Hospital, US, Post-graduate Medical Institute, Chandigarh, Indian Institute of Technology, Madras, and the Sree Chitra Tirunal Institute for Medical Sciences and Technology (SCTIMST), Thiruvananthapuram.
Recognised for his role in pioneering the joint culture of medicine and technology and laying the foundation for the medical devices industry in India, he headed SCTIMST from 1974-1994, when it was notified as an institute of national importance by an Act of Parliament. After this stint, he became the first Vice-Chancellor of Manipal University and played a significant role in its development.
As a Homi Bhabha Senior Fellow and a student of Sanskrit, he had carried out a study of the Charaka Samhita. His work, The Legacy of Charaka, was published by Orient Longman in 2003. The companion volumes on the legacies of the great trio of Ayurveda - Charaka, Suśruta and Vagbhata - were released by the same publisher in 2006 and 2009.
Currently, he is a National Research Professor of the Government of India, pioneering scientific studies in Ayurveda. His contributions to medical sciences and technology have brought him many honours and awards, including the Padma Vibhushan in 2005.