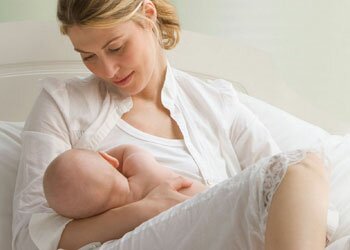 Breast milk has been globally accepted as a panacea to protect an infant from any disease and keep him/her healthy. Now the emergence of breast milk banks has even made the unfortunate children whose mothers are unable to breast feed them enjoy this gift of God

The first human breast milk bank in Asia was launched in Mumbai in 1994 by Dr Armida Fernandez, then Dean of Lokmanya Tilak Municipal General Hospital (LTMGH) in Mumbai. The idea of a breast milk bank came up in her mind accidently one day when she found so many lactating mothers in her hospital had excess milk and they used to throw away the milk with the help of breast pumps or through traditional methods, which could been otherwise given to newborn babies whose mothers are incapable of breastfeeding their children. She encouraged the women to donate it to the ward nurses who would deep-freeze and preserve it and give it to newborns who were deprived of   this natural blessing.  Many women voluntarily came forward and started donating milk.  Dr Fernandes  humanitarian idea  took shape fast and  gathered momentum, soon other major hospitals in Mumbai such as KEM Hospital, the Sir JJ Group of Hospitals and the Cama and Albless Hospital (for women and children) came forward and started their own milk banks.  Now there are about over a dozen milk banks in India. Sumithra Sathyan, Coordinating Editor of Future Medicine, talks to Dr Armida Fernandes, pioneer of breast milk banks in Asia, about the importance of breast milk, breastfeeding and the services of breast milk banks. Excerpts from the interview-

What is the importance of breast milk in the life of an infant?

Breast milk has both short term and long term benefits. It provides all the nutrients a baby requires for physical growth and development.  It prevents infections and hence reduces morbidity and mortality in babies. Babies who are breastfed are less likely to die of diarrhoea and pneumonia as compared to babies who are not breastfed. Breastfeeding decreases allergy risks. Research shows that breastfed babies do better in school and are emotionally more bonded to the mother. Breastfeeding saves on the family expenditure on formula milk.

It doesn't provide the exactly same benefits as some of the immunological properties are either decreased or destroyed by pasteurization, but it is the next best alternative to fresh breast milk from the mother.

What is the relevance of a breast milk bank?

A breast milk bank ensures a continuous supply of safe human milk to babies in need of breast milk.  It is of special significance for preterm and sick babies in a NICU.

Who can donate the milk?

A mother who is healthy, who is negative for HIV, hepatitis B and other infections transmitted by breast milk and has no addictions. She should also not be on medications that are contraindicated for breastfeeding (for eg: anti cancer drugs, lithium, etc.) Her breasts and nipples should also be free from local infections.

What are the criteria generally applied in selecting the donor?

Who are the most benefited?

Sick and preterm babies, and other babies in hospitals whose mothers cannot for some reason temporarily feed their babies. The milk can be used for HIV positive babies who are not breastfed by their mothers and babies who are orphaned may require human milk.

How can you ensure the mothers who are donating the milk are free from any disease?

By doing the necessary blood tests and taking a detailed history.

As milk from different mothers are collected and stored in a single vessel, what are the security measures taken by the bank for the safety of the infant who consumes it?

Pooled milk is pasteurised. A sample of the milk is sent for bacteriological testing and if no organism is grown, it is considered safe.

Mothers who donate the milk are following different lifestyles and traditions. Will it affect the infant in any way?

Heavy smokers and drug addicts should not be taken as donors as it can affect the baby.

How is the milk stored and how long it can be stored?

Milk is stored in a freezer at -20 degrees centigrade - it can be stored for a period of 6 months.

It is said that the lifespan of the stored milk is considerably very low.  In such a case, how financially viable is it considering the cost of storing the milk?

A milk bank is not a financial proposition like blood is donated, milk is also donated to save lives. And the cost of a life saved far outweighs the cost of banking the milk.

What are the measures to protect the stored milk to withstand various climate changes if it has to be transported from one place to another?

It has to be transported in temperature maintained containers in dry ice.

Is there any case of an infant who rejected the milk? If so why?

Not in our experience.

How many breast milk banks are there in India?

What is the general response about such an initiative?

Doctors are keen to start a milk bank, but may not be too enthusiastic because it requires a lot of effort, staff to collect the milk and counsel the mother and also microbiological backup