Skip classes and get doomed 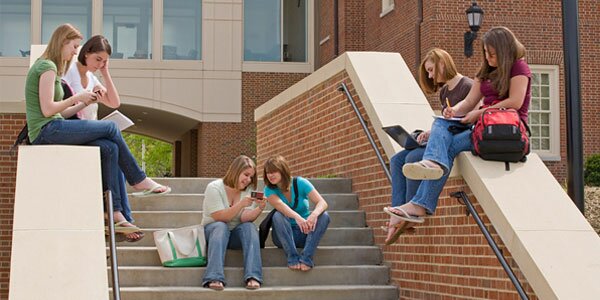 Skip classes  and get doomed

Skipping classes is thrill which every student gleefully engages in during his college life. In most cases there are no reasons for cutting classes. But beyond the thrill there is a reality that   it affects the students overall performances when it becomes habitual

Cutting class, also known as skipping class, can lead to serious consequences for students of all ages. This does not, however, keep them from doing it. There are many reasons why students cut classes. Some students choose to avoid a class because they do not get along with the teacher. They may also cut class because they are not interested in the subject. There are also some more severe internal issues that may cause students to cut classes including social anxiety and depression. Cutting class can lead to truancy which may result in expulsion

Class  is boring, say about half of students who routinely skip.  But when asked what theyre doing instead of attending class, most say theyre just hanging out with their friends or sleeping.

A recent survey revealed that about 15% of the  student population  are out of class 18 or more days of an  academic  year.  And many of them dont even think skipping class will impact their future.

Thats not in line with reality.  The study points out that students who skip more than 10 days of  class are significantly (about 20%) less likely to get a high school diploma.  And theyre 25% less likely to enroll in higher education.

Can parents have an impact here?  Absolutely.  In fact, parental encouragement to attend school was the most widely cited factor in what would make students want to go to class diligently .But many of those surveyed said their parents didnt even know when students skipped.  In fact, 42% said their parents either never knew or rarely knew when their kids were absent from school; another 24% added that parents knew sometimes.  So parental engagement and knowledge of childrens whereabouts seem key to keeping kids in class.

Students also said that encouragement from anyone to whom they felt a personal connection, from teachers to coaches to celebrities, could influence better attendance.  If we - parents, educators, and even celebrities - show them we truly care about them, their aspirations and frustrations, they will be more likely to care about making it to school, writes Marie Groark, executive director of the Get Schooled Foundation in the US.

Other solutions:  Those surveyed said they wanted to see a clear connection between their classes and the jobs theyd like down the road.  They also cited a better understanding of consequences, greater support of teachers, and more friends at school as factors that could make them attend more often.