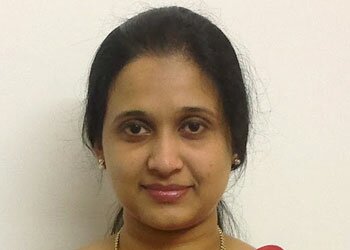 Give birth with a smile

Labour is painful. But  Dr Joys Hos[pital  assures  a painless labour.  It says the pain of labour is an obscenity. It serves absolutely no function. Like the phylogenetic remnant, vermiform appendix, it should be cut off when it offends.

Epidural analgesia is more than a hundred years old. Pages introduced it in the year 1901. Dogliotti popularised it in obstetrics in 1923. Though there are several methods like Lamaze technique, decompression, water birth, acupuncture, TENS, narcotic analgesia, Entonox, etc, Epidural Analgesia is state-of-the-art in obstetric analgesia. In 1963, mothers in England went on a campaign stating that Epidural Analgesia is the birth right of womanhood.

Electrical impulses generated from the sensory nerve endings travel through the spinal cord to the brain where pain, pressure, temperature and touch are recognised. The drugs used in Epidural Analgesia block the impulses and hence pain of labour is not sensed.

Who can have Epidural Analgesia?

Any mother who requests for painless delivery can be given Epidural Analgesia. A maternity service without Epidural Analgesia is incomplete. The pain of labour is not that innocuous. On the contrary, in high risk pregnancies complicated by Hypertension, Diabetes Mellitus, Heart Disease, etc, Epidural Analgesia protects both the mother and the baby.

Epidural Analgesia is affordable to one and all.

In developed countries, no one delivers suffering the pangs of labour pains. Dr. Joy P.J., the obstetric anaesthetist of Dr. Joys Hospital pioneered Epidural Analgesia in Kerala and it is now available even in Government Hospitals in the state. The team at Dr. Joys Hospital conducts classes and sessions for pregnant women with the objective of removing misconceptions and promoting awareness regarding Epidural Analgesia. Even in the Labour Room Complex, the couple can enjoy the birth of their child.

In very rare situations like infection at the back, denial, clotting disorders, surgery of spine, Epidural Analgesia may be deferred.

With Epidural Analgesia, it is possible for any surgical emergency to be performed without the complications of general anaesthesia, there is significant reduction in blood loss by one third, feto-maternal bonding including breast feeding is immediate and post operative pain relief is hundred percent. Walking Epidural is in vogue, thanks to newer drugs like Fentanyl.

Unnecessary apprehensions and misunderstandings of the patients and their relatives are  avoided by attending Epidural sessions, visting the Labour Room and conversing with recipients of Epidural as seeing is believing.