Going down the drain 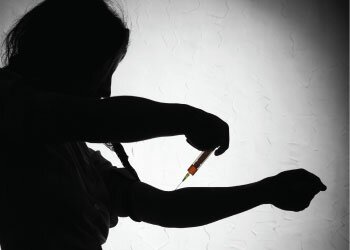 Increase in drug abuse and binge drinking on the campus is alarmingly high. Though corrective measures are there to the problem , they have not so far met with the required results

Alcohol and drug use are common on any campus across the world.  But to a certain extent, it has been considered as a changing phase in the lives of the youngsters, both men and women.  But when it crosses the limit, the consequences are shuddering.  Drug and alcohol affect primarily the academic performance of an otherwise bright student, making it poor or lower followed by violence, impatience, health problems and in certain cases, risky sexual relations.

It has become the need of the hour, considering more and more people are lured towards these vices every day, to evolve an alcohol free and drug-free campus to create a healthy community that promotes academic, personal and social growth.

Renowned psychologist and counsellor,Dr Uma Maheswar, says youngsters, specially first -year students in colleges easily fall prey to drug mafias who operate unchecked on the campuses. These criminals are also using  student addicts as  agents to trap new customers offering, free  tests, money and later blackmailing them.  Once trapped, the escape is not easy. Many students had to abruptly end their studies due to poor attendance and lower grades.

A girl was brought to me few years ago seeking treatment for an array of diseases caused by drug abuse. She was studying in a famous city college after her Plus-two studies in Kerala. Her parents were working abroad and the new found freedom led her to bad companies, ultimately ruining her life, academic and personal.  When the parents came to know about their dear daughters pathetic condition, it was too late.  With the help of a relative, they finally located her at a joint in a highly inebriated condition. They immediately moved her to the country of their residence. First few days at home gave them the scare of their life as the daughter started showing withdrawal symptoms.  After initial treatment, the doctors advised them to take her back to India for better treatment and they came to me. She had to undergo six months treatment including meditation, medicines and counselling.

While leaving our place, she made a promise that she would never touch drugs or alcohol in future. I feel she was lucky that she had an understanding parents who were also rich enough to give her the required treatment, Dr Uma Maheswar said.

As Dr Uma said the girl was indeed lucky. There are so many who are thrown out of colleges into the streets, to live an unconventional life doing petty thefts, begging and sleeping on the streets. They were all once good children of their loving parents, bright enough to become top class doctors, academicians, engineers and what not.

Dr Uma says there should be effective measures in all educational institutions to prevent alcohol and drugs on the premises.  There must be full involvement of parents and the college/ school authorities. They should not discard or hesitate to extend a helping hand to a student  suffering from drug use. They should offer him/her proper support and guidance instead of  leaving him/her unattended.