Shoo away the summer disease 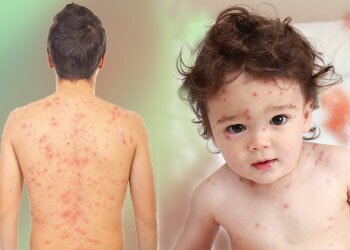 Chickenpox is a contagious disease and vaccination is the best way to prevent it. The infected can take medications to lessen the severity of the disease if there are complications

Chickenpox is highly contagious and those who havent had the disease and not been vaccinated against it have more chances to contract the disease. Before the routine chickenpox vaccination, virtually everybody had been infected by the time they reached adulthood, sometimes with serious complications. Today, the number of cases and hospitalisations has come down dramatically.

Although chickenpox seems to be a mild disease today, its better to get vaccinated. The chickenpox vaccine is safe and an effective way to prevent the disease and its possible complications.

Chickenpox infection usually lasts about five to 10 days. The rash is the telltale indication of chickenpox. Other signs and symptoms, which may appear one to two days before the rash, include fever, loss of appetite, headache, tiredness and a general feeling of being unwell (malaise).

Once the chickenpox rash appears, it goes through three phases:

New bumps continue to appear for several days. As a result, you may have all three stages of the rash  bumps, blisters and scabbed lesions  at the same time on the second day of the rash. Once infected, you can spread the virus for up to 48 hours before the rash appears, and you remain contagious until all spots crust are over.

The disease is generally mild in healthy children. In severe cases, the rash can spread to cover the entire body, and lesions may form in the throat, eyes and mucous membranes of the urethra, anus and vagina.  If you suspect that you or your child has chickenpox, consult your doctor who can diagnose it by examining the rash and by noting the presence of accompanying symptoms. Your doctor can also prescribe medications to lessen the severity of chickenpox and treat complications, if necessary. Also, let your doctor know if any of these complications occur:

To help ease the symptoms of an uncomplicated case of chickenpox, follow these self-care measures:

The chickenpox rash can be very itchy, and broken vesicles sometimes sting. These discomforts, along with fever, headache and fatigue, can make anyone miserable. A cool bath with added baking soda, uncooked oatmeal or colloidal oatmeal can give the much needed relief. Calamine lotion can be dabbed on the spots. A soft, bland diet is good if chickenpox sores develop in the mouth. Antihistamines such as diphenhydramine (Benadryl, others) are used for itching. Check with your doctor to make sure your child can safely take antihistamines. Acetaminophen (Tylenol, others) or ibuprofen (Advil, Motrin IB, others) is prescribed for mild fever. Dont give aspirin to anyone with chickenpox because it can lead to a serious condition called Reyes syndrome.

Experts from the Centre for Disease Control and Prevention (CDC) estimate that the vaccine provides complete protection from the virus for nearly 90% of young children.