Lost in the tipsy world 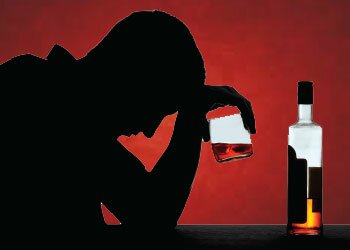 Alarming increase in youngsters taking to alcohol and drugs is a matter of great concern across the world. It is not only a self destroying act; it also destroys  family relations and the society itself

Gokul : Age 15 , studying in the tenth standard  in a  government high school in Thrissur . A few years ago , he was admitted to a  de-addiction centre   due to excess consumption of alcohol. His father  was alcoholic and died due to heavy drinking.  He used to  drink on the terrace of his house and used to  give  young Gokul a small quantity of the drinks, for company sake.

Thus  Gokul started drinking at the age of six.  One day his father drank heavily  and while trying to get up and walk, lost balance and fell down from the terrace and died.

This incident shocked Gokul, putting him into deep grief. As an attempt to escape from the sad loss, he took to drinking heavily, until he lost his mental and physical balance.

Seeing his sad condition, he was taken to a  near by de-addiction centre , Punarjani. After continued counselling and treatment for months, he regained  his life and started  going to school . He is also an active participant  now  in  campaigning against alcoholism among youngsters.

Anand : Age 12 , was  admitted to a de-addiction centre in Chennai and taking  medicine for the last  three years..He started  alcohol at the age of seven , his grandfather introduces him to alcohol, pouring a small for  little Anand , whenever  he drank.  Sometimes he  used to drink two or three times daily and slowly Anand also became a habitual drinker. Once Anand  under the influence of liquor, raped  his own sister. She committed suicide.

Anand lost his mental and physical balance and was admitted to a  de-addiction centre. After years of treatment and counselling he is now slowly recovering. Now he has even  started his studying.

These are not lone cases of youngsters taking  to drinking and drugs, ruining their lives and of their dear ones back home.  Thousands of youngsters die every year  as a result of heavy drinking-vehicle accidents, suicides, and from injuries incurred on falling, burns and drowning.  Crimes perpetrated by these people are also on the rise.

Underage drinking is a risk that attracts many adolescents and teens. When young people try alcohol, they often dont realize about  the damaging effects  of drinking on their lives, their families, and their communities. Besides being illegal, underage drinking is a widespread public health problem that poses many risks.  According to statistics, in 2009 alone, about 10.4 million young people between the age 12 and 20, drank more than just a few sips of alcohol.

Young people drink less often than adults, but when they do drink, they drink more than the  adults. On an  average, young people have about five  drinks on a single occasion, which can be considered binge drinking.

Treatment of alcoholism works best when the family and the alcoholic are all involved and working together. Recovery is a life long journey and an alcoholic relapse can happen at any time. Theres a wide variety of treatment options available, including Alcoholics Anonymous, Al-Anon/Alateen, and individual or family therapy.  Certain  things to consider include motivation of the drinker to quit, cost, physical condition of the drinker, and their personality.

Alcoholics Anonymous is the most widespread group anti-alcoholic program. The only qualification to be a member is the desire to quit drinking.

On an average, an open Alcoholic Anonymous group meeting lasts one hour and has two or three speakers who share their experiences about alcoholism and recovery.

Currently, there are over two million people in 150 countries that attend A.A. meetings on a regular basis.

The signs of underage drinking

Academic and/or behavioural problems in school

Less interest in activities and/or appearance

smelling alcohol on their breath