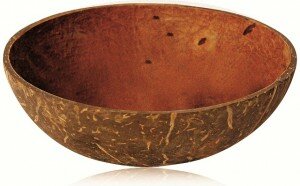 Are you suffering from plantar warts, warts, corns, or other painful skin diseases? Instead of going in for a surgical removal of such abnormal growths, try a simple, effective method of healing prescribed under Siddha, a branch of the traditional medicinal system that is based on the theory of Ashtamahasiddhi, which was developed during the ancient times. Siddha practitioners say that Chirattai Thailam, made out of pure coconut shells, can cure eczema, ringworm infections, plantar warts, warts, and corns

Siddha is a branch of the traditional medicine system developed and practiced by the ancient Dravidians. Its origin can be traced to Tamil Nadu, from where it spread to various parts of South India. Today, Siddha is still popular in the northeastern parts of Tamil Nadu.

Siddha is considered to be one of the oldest medicine systems in the world. It is said that Siddha came into practice during the Kumarikandam period, much before the continental drift. Since time immemorial, mankind has strived to make best use of the bounties of nature. It is here that Siddha has much relevance. The theories of Siddha say that a healthy lifestyle is possible only when man lives in harmony with nature.

Siddha, a dependable system of healing for a host of rare diseases, is often mistaken to be a part of Ayurveda. Experts on ancient texts of Siddha say that other than the fact that it is based on the concept of natural healing, it has no relation with Ayurveda. It has both external as well as internal medicines. Unlike the liquid medical formulations under Ayurveda, such as kashayam and arishtam, powdered medicine (Churnam) is prescribed under Siddha.

Chirattai Thailam is the best cure

Lost in the din of a hectic life in a polluting environment of the metros, people have taken to a hazardous lifestyle with scant regard to nutrition, fitness, and body care. As a result, skin diseases and allergies are on an alarming rise. Those living in untidy conditions fall an easy victim to ringworm infections and scabies. Then there are people who have black and white warts on the face and other vital parts of the body. Short-cut treatments may involve creams, or surgical removals. For those who are looking for a quick cure from such skin ailments, Siddha is the best remedy.

According to the Siddha system of medicine, one of the most important external medicines is Chirattai Thailam (coconut shell oil), easily obtainable in South India. Coconut shells are the only drug content used in the preparation of Chirattai Thailam. It is a very effective medicine for eczema, ringworm infections, plantar warts, warts, and various other skin diseases. In fact, warts, corns, and ringworm infections can be easily healed by a few drops of Chirattai Thailam in a few days time, Dr Reshmi Chandran, a Siddha practitioner at Santhigiri Siddhasramam, Kottayam, tells Future Medicine.

This medicine is prepared through the Kuzhi Thalika method. Under this method, thin wires are inserted into a clay pot through small circular holes. These thin wires are pulled out of holes on the bottom of the pot and tied into a knot so that it holds firm. After that, the upper ends of the pot are filled with pure, well-dried coconut shell pieces. Once the pot is sealed, the sides and top of the pot are covered by cow dung cakes, which are then burnt. The resultant heat produces medicinal oil from the coconut shell pieces inside the pot. Expert pharmacists of Siddha medicine then collect the oil through the destructive distillation method by placing a vessel below the pots bottom hole.

The oil extracted through this method may not seem to be in proportion with the number of coconut shells placed in the pot. But then, remember, its quality that matters, not quantity. This is one of the rare medicines in Siddha that offers an effective remedy for eczema, ringworm infections, plantar warts, warts, and various other skin diseases, many of which are incurable by Allopathy, Homoeopathy, or other modern medical methods, says Dr Reshmi Chandran.

How to apply Chirattai Thailam?

It is applied on the skin for treatment of fungal infections and planter warts, or warts. As it may cause mild corrosion, this oil is mixed with an equal quantity of coconut oil before application on the skin. It is best suited for corns on the foot. In the case of corns, Chirattai Thailam is applied with Croton seed and three to four drops of coconut oil. For best results, it is better to use at night. Apply the oil on the affected area at night and wrap it with a cotton cloth. Remove the cloth only in the morning. If the treatment is followed for three consecutive days, one can be completely cured of warts, corns, and other skin problems. As this oil is corrosive, it should not be applied near the eyes.

Chirattai Thailam is good for