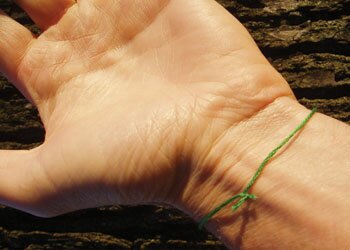 Diagnosis is the basis of all treatments and that it is more difficult and complex than the treatment itself. Every medical system has its own methods to diagnose a disease. But in some cases, diagnosis methods prove unsuccessful or become a long process. Either way, the patient is the sufferer and paying a huge price for the delay in starting right treatment.

Manikadai nool is one of the many tools used in Sidha practice. It is a Sanskrit word, mani means the protuberance of wrist, kadai means the finger breadth and nool means thread or twine. Detailed information on this practice is available in Saint Agasthyas classical medical literary work Agasthyas Soodamani Kayaru Soothram. Also this method was used by Vedhamamuni, a student of Sidhar Agasthya, who was a proponent of the Sidha medicine.

Today, many Sidha medical practitioners use this method to diagnose diseases in Chennai, Thiruvananthapuram and Kottayam. As it provides good results, many patients prefer it, says Reshmi Abhilash, a Sidha practitioner and a Manikadai nool expert at Santhigiri Sidhasramam in Kottayam.

In the application of Manikadai nool, the doctor measures the circumference of the right wrist using a twine, then the twine is removed from the wrist and is placed on a plain surface and the measurement of the twine is taken by the patients fingers. Count the total length of thread in terms of finger units. The only thing should be taken care of is that the twine should be non-elastic. The progress of the disease is calculated by the number of fingers.  Usually, the length of the twine starts with four fingers and ends with 11 fingers.

In the middle of 11-10 fingers breadth, its a highly diseased condition but can be cured with proper medicine.

In 8th finger, it is also a curable condition and there should be some disturbances related to the stomach.

In 6th finger breadth, its an incurable condition and after 20 days, death will occur.

In the case of 5 ¼ th to 4th finger breadth, the illness is in a deteriorated condition.


Do not measure the affected forearm in the case of hemophilia, fracture etc.


Manikadai nool is not applicable in case: