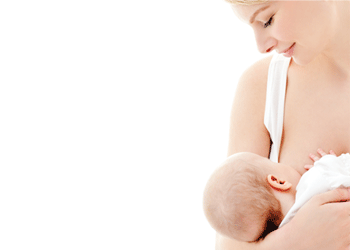 It is a revolution of sort in the care of preterm babies. Donor breast milk banks are coming up in the country following the developed countries to provide succour to these babies

In the days to come, mothers of preterm babies need not be worried any more as donor breast milk banks are coming up in the country. Once a network of such milk banks is established, it will be easy to arrange milk for the babies who are unable to feed on breast milk.

Lots of preterm(less than 34 weeks) or low birth-weight babies are born in India. Themain problem with these babies is they have undeveloped intestines and are less capable of digesting any milk other thanmother. Preterm babies cannot coordinate sucking and swallowing. Therefore, they are unable to feed on mothers milk and in some cases, mothers milk would not be sufficient for babies and they end up on a drip.These babies are at risk of infections.

Though donor breast milk banks exist in Western countries, unfortunately there are no such facilities in India. The Women Centre Donor Milk Bank in Tamil Nadu is a new initiative in the area. It is following the guidelines issued by National Institute of Clinical Excellence (NICE, UK) in 2010 and Human Milk Banking Association of North America. Such banks will benefit thesebabies when mother's milk production does not start on time or the supply of milk gets interrupted.

Feeding these babies with either mother's milk or donor bank milk is a natural way of reducing the risk of serious, life-threatening infections, enabling them to be discharged from hospital earlier.

Though the idea of donor breast milk bank is progressive, disadvantages are also there like any other technological developments in the medical field. Before the establishment of such facilities, people should be aware of the pros and cons of such banks.

Since the concept of donor breastmilk bank is new to the Indian people, most parents will be skeptical about it. Milk banks will be having its own merits and demerits, so there should be complete awareness about the facility, says DrRaghavendra Prasad, Gynecologist, Sun Rise Hospital,Kanhangad.

What is donor breastmilk bank?

Donor breast milk bank is a service which includes collecting, screening, processing, storing and prescribing donated human milk by lactating mothers to babies who are not biologically related to the donor.

Breast milk is considered to be the best for the baby. It protects babies from problems like necrotisingenterocolitis (serious and life-threatening disease involving the intestines). Mothers milk fed babies have better IQ than formula milk fed babies.

Healthy lactating mother of term or preterm babies who are not on any medications and no significant illnesses in the past or present can donate.