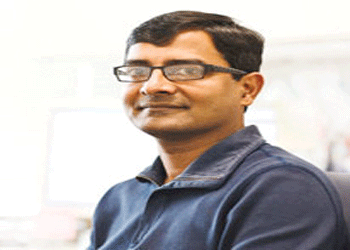 SomasekarSeshagiriis the principal scientist, Molecular Biology at Genentech Inc, one of the largest Biotech companies in the world. In an email communication with Future Medicine, he spoke about genome research and its current status. He says that 97-98 per cent of our genomes are identical and it is the minor difference between our genomes that make each one of us unique

What was the purpose of the human genome project? How long did it take to complete?What is its current status?

The goal of the human genome project was to decode the three billion bases that constitute our genome.  The task of sequencing the genome took about 10 years, with much of the actual decoding work happening in the last few years of the project. The sequencing work and the draft human genome were announced in 2001 and the complete reference human genome was published in 2003.

What is DNA sequencing?

The alphabets of the DNA word are chemicals called bases.  Four types of bases, A, C, G and T exists in the DNA world.  DNA sequencing is a technique used to determine bases and the order in which they occur in a given DNA molecule.The sequencing technique was developed by Frederick Sanger and colleagues in 1977. Using Sanger sequencing, the three billion basesthat make up the DNA in the human genome wasdetermined.

How has the sequencing technology evolved since the human genome project?

For close to 30 years Sanger sequencing remained the major technique for decoding DNA.  Starting in 2005 new sequencing technologies termed nextgeneration sequencing (NGS)havesignificantly reduced the cost of sequencing while increasing the throughput.  With the application of NGS, it is possible to sequence a human genome in less than two weeks at a cost of under $5,000.

What is the impact ofnextgeneration sequencing in advancing medical research and drug development?

Compared to 10 years and three billionit took to sequence the first human genome, the dramatic speed and cost reduction achieved by NGS technologies hasrevolutionised the area of genomics.  Though 97-98 per cent of our genomes identical, the small differences between our genomes are what that make each one of us unique. Using NGS individual genomes today are routinely sequenced to identify variations that predispose one to diseases.  The NSG technologies have allowed us to identify defective disease causing genes (segment of DNA that code for proteins) in a number of inherited human diseases.  These technologies have now been applied to study cancer genomes, which fundamentally are mutated normal genomes that result in cells that grow uncontrollably. Understanding the lesions in cancer genomes have aided in the developing targeted therapeutics.The NGS machines are now making their way to the clinic and are poised to revolutionise the practice of medicine.  Not too far from the future, even before a new born baby comes home from the hospital his or her DNA sequence will be decoded and be available for doctors to use in providing a personalised therapy based on the variations.In short, we are in the midst of a genomics revolution that apart from enabling genetics/genomics based medicine is impacting agriculture, animal sciences and other areas of biology.

What are the territories in terms of genome research and sequencing that remain uncharted?

While we have obtained the complete sequence of (code for) the human genome, we only understand a small part of this code.  We know that about one per cent of genome codes for a little over 22,000 protein coding genes and of this we only understand thefunction of less than an third.  Our understanding of the non-coding part is modest and we are just beginning to scratch the surface here using the nextgeneration sequencing technologies.

Do you agree with the observation that there is no privileged level of causation: an organism is not defined by its genome?

In decoding, the genome we are trying to take apart and understand the codethat has evolved over billions of years.  There is no doubt that this code is fundamental to the development of the organism. The output of the genetic code can be viewed as a parts list and how these parts interact and also influence generation of parts is an important aspect that is explored by Systems biology approaches.  So the interaction of the genomic information with its own output, the environment and interactions among the components derived from the codeclearly is important in biological systems.

Synthetic biology expert George Church of Harvard University believes that DNA will become the building material of the future by helping create virus-resistant human beings. He says lost species like the Neanderthal can be brought back to life. Whats the basis of this positivism?

I think synthetic biology work from Craig Venter has shown we can synthetically make genomes of bacteria and they function at least in part as expected when placed in acellular environment.  However, trying to generate complex multi-cellular organisms is not trivial.  The complete sequence of the Neanderthal genome is far from perfect.  Even if we did have an ideal genome, the manipulations need to generate an egg cell that contains the Neanderthal genome, given the current state of technology, is quite challenging.  Similarly, manipulating a human egg cell to generate virus resistance, while in theory may be possible, if fraught with side effects of introducing undesired changes in other parts of the genome.  So while some of these ideas Dr Church and others have put forward seem simple, the state of technology is far from perfect to achieve these.  Even if the technology were mature, the ethical and social issue surrounding these will be vigorous debated by the community. So, I do not see any of these happening in the near future.

There is a debate in the West over the availability of genetic information of people in the public domain. Some fear that this may lead to prejudices or discrimination. How genuine are such concerns?Are these issues relevant to India?

This is a real and valid concern.  In the West, healthcare insurance companiesplay an important role in the healthcare system.  If the insurance companies use the genetic information of an individual to decide if they want to insure him or her, more often they are likely not to insure people who may have variations in their genome that might predispose them to disease. Similarly, employers using such information may discriminate against individuals in hiring. While this is not an immediate concern in India, the fact that health insurance is becoming more common, not too far in the future this will be of concern in India.  Also, in India, given the social and cast structures, discrimination based on genetic information could have far more discriminatory effects, if especially information about genetic variations liked to disease susceptibility, intellect, longevity etc, are misused.  In any responsible society, these issues need to be debated and appropriate laws to protect individuals against discrimination ought to be put in place.

Do you think the movieGattacais merely a cinematic expression? Or does it offer any real lessons?

It speaks about genetic discrimination that can happen if as a society we do not discourage the misuse of genetic information through education and legislation.

Do you think genomics is a subject of study and research is still in its infancy in Indian universities?

While some good genomics research work has come out of research institutions in India, the share of Indias contribution to advancing genomics is proportionally very small. The field is dominated by the West and China has rapidly caught up with the West.  China has built one of the largest genome centres where they have over 150 state of the art sequencing machines.  They sequence anything and everything.  Today, they compete with the West in publishing papers in top rated peer reviewed journals like Nature and Science.

Indian science still operates under the legacy of the colonialrules that make it difficult for scientist in Indian institutions to compete freely. Many young scientists are shackled by the hierarchical system and their ideas never get a chance.  Also, the education system is not yet geared to providing high quality training and an environment where students can push the envelope.  Scientists even in major institutions are constrained by arcane equipment purchase. Cold chain storage and sample transportation, a much needed infrastructure for genomics, is another challenge in India.  Needless to add, the power shortage makes it a challenge to run the genome sequencing machines uninterrupted.  All of this makes it quite difficult for scientist in India to do meaningful work.  As a nation, India publishes only very few papers in top journals.

I know, this sounds grim, but there is a lot going for India. It has an enthusiastic young population hungry for knowledge and opportunity.  The youth are capable of innovation beyond imagination if India can create the right ecosystems.  Policy makers at the Department of Biotechnology and other national science organisationrealise this and are making changes to the system.  India needs to reform its education system in parallel and invest in centers of scientific excellence where scientist can work unfettered in a non-hierarchical system. We need to build the equivalent of Stanford and Harvard to propel India to a place of excellence.