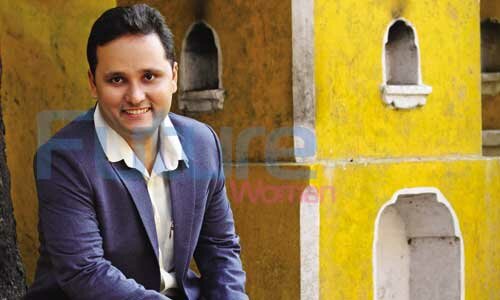 Amish Tripathi, modern Indias most celebrated author, whose epic-like Shiva Trilogy made history by selling in millions, was in Kochi recently in connection with the Kerala launch of his new book Scion of Ikshvaku. Amish, who is called Indias first literary popstar thinks the biggest social issue the country faces today is the ill-treatment of women. I genuinely believe India cannot becomea great country, were capable of becoming, till we solve the issue of women oppression. An estimated 200,000 girls are killed every year in the womb. The real violence in India is genderviolence. This is a social problem. This is what we need to focus now. Our ancient scriptures used to say the God abandon the land where women are not respected, says Amish. He alsofinds the solution to women oppression in the oldest scripture in the world, the Vedas.According to him the Vedas are egalitarian which treat men and women equal in a society. He points to what is written in Rig Veda on womens status, The wife and husband, being the equal halves of one substance, are equal in every respect; therefore, both should join and take equal parts in all works, religious and secular.

The literary cult figure opens up his mind with Future Woman on several issues ranging from women empowerment and the Vedas to Lord Ram and atheism. Edited excerpts...

Have you replaced ChetanBhagat as the favourite author of youngsters?

Chetans books also continue to sell in good numbers. I have respect for Chetan, because he is the first one who showed the publishing industry we can sell in good numbers. I think there is difference between FMCG products and books. If you like one author you can like another author also. You can buy the books of both authors. Most of the readers of Chetans books happen to be youth, and most of the readers of my book also happen to be youth.

You are very particular on the themes that you select to write. All of your books are based on the heritage of India which glorified the Vedas. Are you trying to regain the ancient spirit of India, or is it a marketing strategy to sell your books?

When I wrote my first book, I didnt think it gets published. The reason most people said was the subject of the book. They said the subject that I picked had no hope for success. They said the modern youth are not really interested in religion. But I feel theres a lot of wisdom in the Vedas. There are good, positive, liberal messages we can learn from our ancient past, which are good for modern India. I never comment on politics. I think therere a lot of positive messages in our ancient scripts. Why not speak up on that. Respect for women is one example. As Swami Vivekanandji said, we believe that all religions are true. When I said it in Israel, a person who was sitting with me said, You are talking about a fictional world. But, the reality is that we can be religious, and yet be liberal. Thats the Indian way. At the same time I want to clarify that I am not anti-West. Therere a lot of things we can learn from the west too. As Mahatma Gandhi said we should stay rooted in our culture, but we should keep the windows open.

So, you think the Vedas teach an egalitarian way of life. How do you view the treatment of women in ancient India?

Vedas are certainly egalitarian. Theres no doubt about it. I will give you one straight example. The highest status at that time was for Rishis (saints). Their status was even higher than the Kings. And, you know there were women Rishis. In my personal life, I am surrounded by powerful women. My mother, my sister, sisters-in-law, wife...the rules for my sisters and brothers in my house were same. No special rules for boys. I have grown up in that atmosphere. But, in terms of the treatment of women, we are among the worst in the world. Society is oppressing women across all religions.

Then how can we handle this?

There are two ways to handle this. One is to get some Americans, Britishers come down here...They will tell us, you dirty Indians, your culture itself is bad. You listen to our superior culture... But frankly we all know how women are treated in the US and Europe. Sexual violence is worst there. The better way is to tell Indians that by treating women this way you are going against your own ancient culture. You actually insult your ancestors by treating women this way. I think that may have a better impact. Our ancient culture preaches respect for women. Women were treated as equals in Vedic India.

In the Rig Veda, the most ancient scripture, there are 30 hymns written by Rishikas (Women Rishis). Today there are idiots who say women cant read the Vedas. But, the women wrote the scriptures...That was the status of women in ancient India. I think we need to bring these issues out. This is the way to solve the biggest social problem India is facing today. Our ancient scriptures used to say the God abandon the land where women are not respected. So if you dont want the God abandon India, we have to change the way. We have to stop the nonsense that we are doing against women.

Is women empowerment the most serious issue in the country today?

It is the most important issue in India by far than religious differences or any other things. I genuinely believe that India cannot become the great country were capable of becoming, till we solve this issue. Even the Manusmriti says (there are many parts of Manusmriti I dont agree with) Gods abandon the land where women are not treated well. The biggest violence in India is actually done on women. An estimated 200,000 girls are killed every year in the womb. The real violence in indie is gender violence. This is a social problem. This is what we need to focus now. 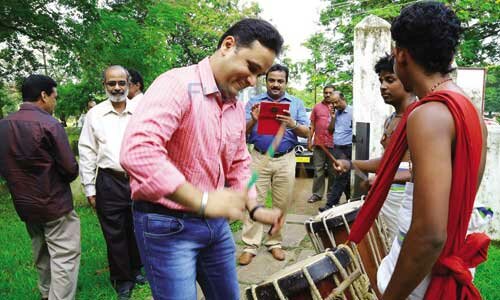 The woman who influenced you most

I studied in St. Xaviers College in Mumbai. I met my wife at St. Xaviers (junior college), on the first day of college when I was 15. It took some two years for us to get together. We have been together since I was 17. We have been together for 23 years now. We have grown up together. She is having the strongest influence on my life. She is a very close part of the journey of my books and she is the one amazing woman in my life. She is tough, she is intelligent, same time she is very caring. And we have a wonderful son Neel. Her name is PritiVyas.

Youre becoming a cult figure for nationalist Indians, how do you feel now?

I am just a writer, a Shiva devotee and a happy family man

Ramayana has many interpretations, whats your version in the Scion of Ikshvaku?

My version is a mixture of many interpretations. ValmikiRamayan, RamcharithManas, AnantRamayan, KambaRamayan...And, there are five parts for this Ram Chandra series.

For you, what is Ram and whats Ram Rajya? 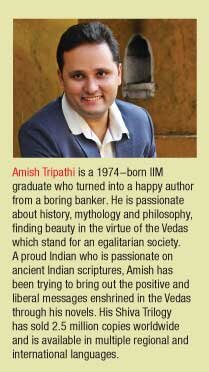 Good question. Thats what I am trying to discuss through the Ram Chandra series. My books always have a core philosophy. The core philosophy in the Shiva trilogy was this question what is evil. And the core philosophy in the Ram Chandra series is this question what is an ideal society? And the answers are simple. Your definition of an ideal society might differ from my definition of an ideal society. What are the choices that you made, what is the impact of those choices, should we have the rule of law? Or should we break the law for justice? Whats better? There are many issues...Should you have personal freedom to its extreme even when it breaks families...Or should you have personal freedom but you need to protect families as well...What is better for society. I dont know. But this is a debate that needs answers. Life of laws and rule of laws! In the traditional Indian way, it was always said that the God is in balance. Extreme of either kind is not good. Normally the balance approach is the best approach for everything. Of course, you need to bother about religion and dharma. But that doesnt mean that you let your family starve and you go to the Himalayas. That is also not right. How do you find that balance is the important thing. Ideal life is in that balance.

Has your IIM background helped in the resounding marketing success of your books?

It certainly helps in marketing and sales. What i learnt at IIM and in my banking career helped in marketing. In todays world a good book doesnt sell itself. You have to market it well. When I write my focus will be only on writing.

When can we expect Shiva trilogy on screen?

It is at the scripting stage now, will take a few years to hit the screen. Karan Johar is the producer. Karan Malhotra, the director of Agneepath, and his wife Ikta are writing the script.