Trapped in the net 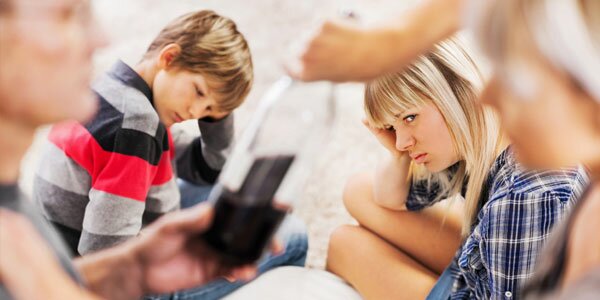 Trapped in the net

About 42% of online adults use multiple social networking sites. The majority of the users are under the age of 30 although the number of older users is on the rise. A look at how does this behaviour affect our physical and mental health

In 1971, the first email was delivered. More than 40 years on, social media has taken the world by storm. Social networking sites, such as Facebook and Twitter, are now used by 1 in 4 people worldwide. Such activity may seem harmless, but some researchers suggest social media may affect our mental health and well-being. But are such claims exaggerated? A look at whether we should limit our use of social media.

In essence, social media defines an array of Internet sites that enable people from all over the world to interact. This can be through discussion, photos, video and audio. Facebook is the leading social networking site, with more than 1.2 billion global active users every month. The site's popularity is followed closely by MySpace, Twitter, LinkedIn and Bebo.

The latest statistics show that around 42% of online adults use multiple social networking sites. Perhaps not surprisingly, the majority of social media users are under the age of 30, although the number of older users is on the rise. Around 45% of Internet users aged 65 or older now use Facebook, increasing from 35% in 2012.

But what attracts us to social media? Of course, one of the main attractions for connecting to the Internet was, and still is, the ability to better connect with the world around us. For example, the Internet allowed us to send emails as an alternative to the timely process of sending letters through the mail. Social media has built on this premise.

This sums up what the majority of social networking sites endeavour to achieve, and there is no doubt that the general public has succumbed to the world of social media, perhaps a little too much.

We all have our own reasons for using social media. Some of us like to browse at other people's status updates and photos, while others use the sites as a way to vent their emotions. But according to Dr Shannon M Rauch of Benedictine University at Mesa, AZ, one of the main reasons we use social media is for self-distraction and boredom relief.

"Therefore, social media is delivering reinforcement every time a person logs on," she says.

What is interesting is that the researchers found that people who are more anxious and socially insecure are more likely to use the social networking site.

A research team, led by Dar Meshi of the Freie Universität in Germany, found that individuals who gained positive feedback about themselves on Facebook showed stronger activity in the nucleus accumbens of the brain - a region associated with "reward" processing. This stronger activity correlated with greater Facebook use.

From these studies, it appears that many users who are addicted to Facebook use the site as a way of gaining attention and boosting their self-esteem. But can this behaviour have negative effects on mental health and well-being?

In 2012, Anxiety UK conducted a survey on social media use and its effects on emotions. The survey found that 53% of participants said social media sites had changed their behaviour while 51% of these said the change had been negative.

Those who said their lives had been worsened by using social media also reported feeling less confident when they compared their achievements against their friends. Another study found that social interaction on social media sites, specifically Facebook, may have a negative impact on face-to-face encounters for individuals who already have high levels of anxiety.

Another concern regarding social media use is cyber bullying. The majority of social networking users are under the age of 30, and most of these are adolescents.

According to Enough is Enough (EIE), an organisation that aims to make Internet use safer for children and families, 95% of teenagers who use social media have witnessed forms of cyberbullying on social networking sites and 33% have been victims of cyber bullying.

Although many studies point to the negative impacts of social media on mental health and well-being, some researchers say they could have the opposite effect. Social networking sites could be a useful tool in identifying individuals with mental health issues.

Overall, it appears that the exact effects of social media on our mental health and well-being remain to be seen. But one thing is certain that our use of social networking sites is unlikely to fade anytime soon.