From under the wheels of death 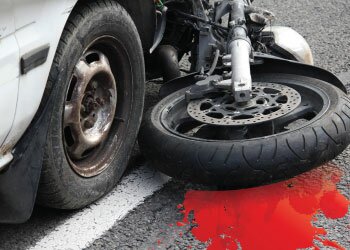 (This column brings to light medically significant incidents in the life of a surgeon, be it a unique surgery or the survival of a patient against all odds. It would be an eye-opener to all of us as the instances described here by the surgeons are about the endearing faith and undying human spirit as well as remarkable skills of surgeons/caretakers.)

Twenty-three-year-old Binil was pursuing his studies and was the only hope of his parents. It was on the way to his college one morning when he met with a near fatal accident. He sustained severe head injury along with multiple rib fractures and major injuries to both lungs. He also had major injuries to his liver and adrenal gland along with intra abdominal bleeding. He was brought to Lakeshore Hospital in Kochi in a very critical condition, unconscious and unable to breathe with low BP and feeble pulse. He was immediately put on ventilator support. He also had injury to his brain.

After the initial assessment, it was almost confirmed that he might not make it. He was aggressively resuscitated and was put on a management regime by a multidisciplinary team of Neurosurgeons, Cardiothoracic surgeons, Gastro surgeons, physiotherapists and other trauma care personnel. Binil continued to be comatose on ventilator for around three weeks. Gradually, his lungs started expanding and he started breathing properly. Due to the severe head injury, he was in continuous seizures (fits). Gradually, his fits also got controlled with medications.

Binil much to the surprise of everyone started improving miraculously and was off ventilator within three weeks. But he had severe memory disturbances, and was paralysed. He was fed through a gastric tube.

Gradually, he started recovering power of his limbs, started recognising his dear ones. He also began taking food through his mouth much to the joy of his parents. Since then, Binil has improved so much. Now after more than three months of intense care, he can now walk on his own, talk, take food through mouth with minimal help, and can understand and recognise everything around him. He is now planning to complete his studies and make his parents proud.

With reference to various studies conducted worldwide, casualties   due to such severe injuries are estimated to be more than 90% and the majority of survivors end up with serious morbidity. Binil is indeed a very fortunate guy to survive such an ordeal.

¤ The Lord of great things

¤ Killer Crab on the prowl

¤ The magic of curry leaves

¤ From under the wheels of death

¤ Benefits of fasting during Ramadan

¤ Why sex education is required

¤ ...and then suddenly I became sad for no reason

¤ BORN IN A TEST TUBE My Own Child My Own Blood

¤ A gentle way to fight stress