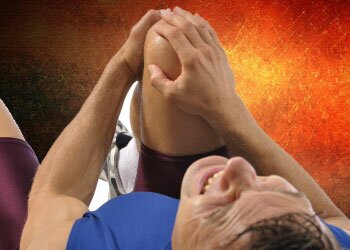 If young athletes dont take appropriate measures, they can end up in pain, on a different path to poor health, due to avoidable sport injury

According to the National Institute of Arthritis and Musculoskeletal and Skin Diseases, which is part of the National Institutes of Health in the US, the most common sport injuries are due to accidents, poor training practices or using the wrong gear or equipment. People can also hurt themselves because they are not in shape, or because they dont warm up or stretch enough.

Some injury experts in the US have said they are also seeing more and more young athletes injured because of overuse and doing too much, and this may partially explain the growing numbers that drop out of sport by the eighth grade. \

While injuries in young athletes are similar to the ones that affect adults, they cant always be treated in the same way because their bodies are not fully developed.

One type of knee injury is damage to the anterior cruciate ligament (ACL). This is a severe injury that occurs most often in athletes who play football and other contact sports.

Twenty years ago, doctors were seeing few children or adolescents with ACL injuries. Today, these injuries are more common because youngsters are taking up sports earlier, and pushing themselves more competitively.

Another reason for the rise in young people with ACL injury, say researchers from the Hospital for Special Surgery (HSS) in New York City, is that more and more young athletes are specialising in one sport, putting them at risk of injuries normally only seen in professional athletes.

But this type of knee injury in young people is a particular concern because it is not easy to repair in growing bodies/ However, clinicians are beginning to realise that not operating can also lead to problems, such as early arthritis. 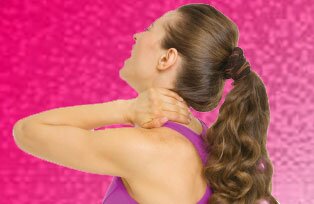 There are alternatives to conventional ACL reconstructive surgery, that have lower risk of damage in growing bodies, such as the All-Inside, All-Epiphyseal ACL Reconstruction (AE), but this is not commonly available.

Back and neck injuries

Back and neck injuries are much less common in young athletes, but when they occur, they can cause enormous frustration. The athlete must complete a comprehensive and demanding rehabilitation program before returning to competitive sport: in some cases, they may never return to their given sport.

Most back and neck injuries in athletes are sprains of ligaments or strains of muscles. Aside from trauma, these are usually due to athletic overuse, improper body mechanics and technique, being out of condition, or not stretching enough. The athlete will complain of back pain when active and performing, and will feel relief when resting.

The American Academy of Pediatrics recommends the following: