CIMAR a hope for childless couples 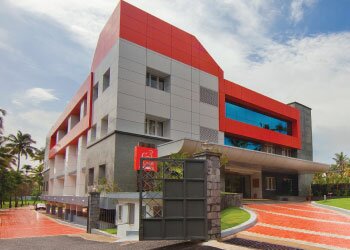 Several trophies and certificates adore the shelf in the room of Dr KK Gopinathan at CIMAR Fertility Centre in Edappal, Malappuram, Kerala. He is the Executive Director of the centre. Of them, one picture remains closer to Dr Gopinathans heart. It is the black and white picture of a beautiful child on her knees wearing a cap. Below the picture, a few words are written that reads: Gopi uncle, thank you for bringing me into this wonderful world- Neha. The child was born through in vitro fertilization (IVF) treatment at the fertility centre in Edappal. For Dr Gopinathan, nothing gives as much joy as this. CIMAR Fertility Centre, an NABH accredited hospital, has been in IVF treatment for 18 years. It also holds ISO 9001 Bureau Veritas certification for quality management. Over the years, Dr Gopinathan has attended births  of one lakh babies.

After leaving the government service, Dr Gopinathan joined CIMAR Edappal Hospital and later joined CIMAR Fertility Centre which has its units in Kochi and Coimbatore. Dr Gopinathan also offers consultation at several centres, including one in Dubai.

Talking about the advancements in the field of IVF treatment, Dr Gopinathan said that only minimal progress has happened so far. Earlier, IVF treatment was the last resort. But by that time, the age of woman would have exceeded and she might be having other diseases. You must always remember that one of the biggest constraints in IVF treatment is the age of woman. The quality of egg gets low during this stage. Now, people are a lot more educated on IVF treatment and its advancements. The point I am driving home is that when an infertility clinic claims higher results, it owes the results largely to the increased awareness of people, says Dr Gopinathan.

He says in an IVF treatment, often the best is when you achieve 30-40 results. It is the standard result expected world over. 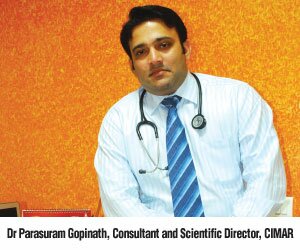 IMSI, a new development, is showing promise for a specific group of patients. Once the best sperm has been selected, the IMSI procedure is carried out in exactly the same way as ICSI. The first ICSI baby of Kerala was delivered in 1998 at CIMAR Edappal and the centre takes the credit for the first PGD baby in South India in 2001.

CIMAR Edappal has been a training centre for 10 years for gynecologists recognised by the Federation of Obstetric and Gynecological Societies of India (FOGSI). Many doctors come here for training from Delhi and Mumbai, says Dr Gopinathan. In the South, we have enough IVF centres. Though late, the government medical colleges have also started to offer IVF treatment and the Thiruvananthapuram Medical College is having reasonably good results, he adds.

About donor programmes, he said that it is an accepted scientific treatment. Think of a situation where a woman has no way to get an egg. Dont they want a child? I strongly recommend donor programmes rather than adoption for obvious reasons. When a woman gives birth to a child through donor programmes, the emotional attachment can bond the child more to the family, says Dr Gopinathan who has been using donor programmes since 1978. With the procedures for adoption getting more difficult by the day, donor system gains more popularity.

Another thing he points out is the medical tourism. The possibilities of medical tourism are immense. But often, the legal procedures are a hindrance to such plans  says Dr Gopinathan.