Dr Leech can benefit you in many ways 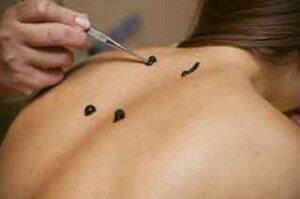 Leeches may be one of the ugliest creatures in the world, but they help humans in a number of medical treatments. Nowadays, they are being used for various therapies by Ayurvedic as well as allopathic practitioners

Leech therapy is not a new concept. It dates back to many centuries. It has been a vital part of the traditional methods of healing in many countries across the world since ancient times. Its origin may be traced to the early days of civilisation when man roamed about in the jungles, leading a nomadic life.

Today, Leech therapy has found acceptance in the modern society as an economical, quick and effective way to cure blood circulation disturbances and related diseases. However, there are diverse views over the classification of Leech therapy. While some medical experts think Leech therapy is a part of Ayurvedic science, others deem it to be a treatment under naturopathy.

There is enough evidence to point out that Leech therapy originated in India. The first use of leeches for a medical purpose is thought to have taken place in ancient India in 1000 BC. The ancient people of India used Leeches for a wide range of diseases, including headaches, ear infections and hemorrhoids.

According to Hippocrates, an ancient Greek physician, in pre-scientific medicine, the medicinal Leech was used to remove blood from a patient as part of a process to balance the humours (bodily fluids), that must be kept in balance for the human body to function properly. The four humours of ancient medical philosophy were blood, phlegm, black bile, and yellow bile.

By the mid-1800s, the demand for Leeches in Europe was so huge that Germany witnessed shipments of more than 30 million leeches a year. People who have undergone Leech therapy should be thankful to American Researcher Dr Roy Sawyer, a well-known advocate for medicinal Leeches. He had noted the potential benefits of Leech therapy and established the worlds first large-scale Leech farm, Bio Pharm, in Wales, UK, in 1984. Today, the company provides lakhs of Leeches every year to hospitals in dozens of countries.

Leeches are placed on a body part having blood clots. Leeches have two suckers, one at each end of its body. The back end suction cup allows the Leech to ambulate on the dry surface of the human body, where as the front end suction cup contains the mouth with three sharp jaws that helps the leech for a Y-shaped bite.

The blood-diluting and container-extending effect of the Leech makes it an ideal therapist. Generally, each Leech sucks between 5 and 15 ml of blood  four to six times their body weight in a single feeding. And Leech therapists use up to 10 Leeches so that the patient can lose up to 150 ml of blood during the treatment.

Most people have a misconception that the Leech therapy is painful. The bite of a Leech can be likened to two to three mosquito bites. It is never painful as the bite of other insects. Besides, the Leechs saliva is filled with a chemical that contains a painkiller. The saliva also contains a chemical which prevents blood clotting. The medicinal Leech lives in clean water and it is free from poison. The only thing that needs to be done before the treatment is the right choice of Leeches, given its varied size. That part is completely taken care of by experts in the research wing of treatment centres.

A part of Ayurveda

The founder of Ayurveda and father of surgery, Susrutha, had propagated Leech therapy during the ancient times. In his work Susrutha Samhitha, he had mentioned about Leech therapy and its benefits, various types of leeches, and their uses and medicinal application. According to him, Jalouka (a type of Leech) is mainly used to practice Rakthamoksha (blood purification). And it is the best treatment for Thridoshas: Vatha, Pitha, and Kapha (catabolism, metabolism, anabolism).

Dr Anil, an Ayurvedic practitioner at Tripunithuras Government Ayurveda College in Ernakulam district of Kerala specialises in Leech therapy. He says, Leeches suck only impure blood and smoothen the flow of blood in tissues. Now, research has proved that Leech therapy can be effectively applied on diabetic foot ulcers because it increases collateralisation, micro vascularisation, and tissue oxidation level and enables quick healing of diseases. A research to prove Leech therapys use in curing cardiac blocks is in progress. That will enhance the credibility of Leech therapy.

Normally, three-five courses of Leech therapy can cure skin diseases and other blood disturbances. Leech therapy is not practiced in Ayurveda alone. For better results after plastic surgery and re-fixing of skin, Leech therapy is resorted to. Allopathic doctors also recommend Leech therapy for those suffering from varicose veins and arthritis. It can be used to maintain the blood flow in muscle, skin and fat tissues that have been surgically moved from one part of your body and implanted in another part.

This treatment has no side effects. Thats why it attracts a high number of patients. Irrespective of age, anyone can undergo Leech therapy under the supervision of a specialist in this field, says Dr Anil.

Leeches can help normalise the blood pressure of hypertensive individuals and lessen the risk of suffering from stroke and heart attacks. As the therapy increases blood circulation, it helps in quick healing of wounds and makes the body more active than ever before. It also reduces the lesions caused by diabetes.