Exploring the possibilities of nanomedical devices 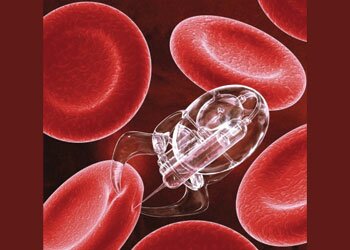 Nanomedical Device and Systems Design: Challenges, Possibilities, Visions is a forthcoming book written by Frank Boehm, an independent designer based in Ontario, Canada. It deals with challenges, possibilities and future vision of nanomedical devices and systems design. The book is an attempt to explore a significant range of conceptual nanomedical components, devices and systems. In an interview with Future Medicine, Frank talks about different aspects of the book which is slated for release on November 22

Could you explain what the book is all about?

Nanomedical Device and Systems Design: Challenges, Possibilities, Visions endeavours to explore a significant range of conceptual nanomedical components, devices and systems, as well as to present some of the latest real world laboratory-based research, which may lead to the development of advanced and highly efficacious nanomedical technologies. This volume is trisegmented; the initial segment utilises an envisaged conceptual exemplar nanodevice and system (Vascular Cartographic Scanning Nanodevice - VCSN), which    explores various potential design considerations, which might enable specific functionalities of sophisticated autonomous nanomedical devices. The second segment is comprised of chapters that have been contributed by world class experts in the field, who present and articulate pioneering laboratory-based nanomedical research. The final segment investigates more highly conceptual nanomedical possibilities and visions relating to the implementation of advanced nanomedicine in remote regions and the developing world, as well as nanomedicine in space applications, human augmentation and longevity. 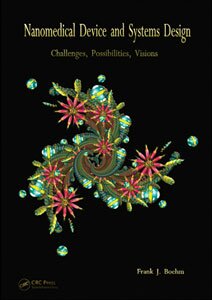 One of my primary motivations for writing this book is to inspire, promote and hopefully expedite the development and implementation of beneficial advanced nanomedical diagnostic and therapeutic devices and systems, which have strong potential to enable positive paradigm shifts in the field of medicine. In addition, to present conceptual and laboratory derived examples of how sophisticated, highly efficient, minimally invasive and cost-effective nanomedical diagnostic and therapeutic strategies might facilitate significantly increased accessibility to advanced medical procedures to assist those in both the developing and developed worlds.

How can it contribute to the medical sector?

Nanotechnology is defined as the capacity for the controllable manipulation of matter at the molecular and atomic domains in order to synthesize novel materials, and for the creation of devices and other useful products that exhibit extraordinary properties with enhanced functionality. One of the most significant and important facets of nanotechnology is likely to be its application to medicine, or what is called nanomedicine. There is a powerful and rapidly increasing trend, with global reach, toward the development of more compact, minimally invasive, smarter, more precise, and efficacious medical technologies.

Nanomedical diagnostics and therapeutics operate at cellular and molecular levels, precisely where many disease processes find their genesis, and from which they emanate. Hence, nanomedicine has the potential for diagnosing and treating many conditions preemptively, before they have the opportunity to proliferate. Since sophisticated nanomedical devices and systems will be designed and engineered to operate within cellular, organellar, molecular and (hypothetically) atomic domains, it is conceivable that they will be imbued with capacities for the highly accurate diagnoses and meticulous and thorough eradication of virtually any disease state, pathogenic or toxic threat.

Further, in the light of the likely inevitable advent of advanced molecular manufacturing, elegant and economical nanomedical technologies might be readily accessible to those in developing, as well as developed regions.  Concomitantly, practically every type of invasive surgical procedure could be rendered obsolete, as all corrective activities may be conducted in vivo by interactive multitudes of nanomedical cell repair devices, under the direct control of outbody human surgeons and dedicated computers. Innumerable options for human cognitive and physiological augmentation, as well as the potential slowing, prevention or possible (to a degree) reversal of the disease of ageing may become reality. In conjunction with the option for significantly increased lifespans, those who are driven to explore the stars may undergo specialised nanomedical enhancements to enable robust protective countermeasures against the degradative effects of microgravity and deep space radiation, and to facilitate, if required, prolonged suspended animation.